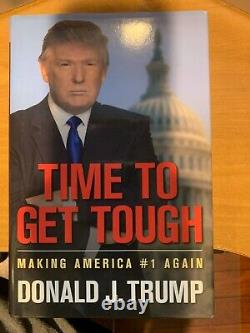 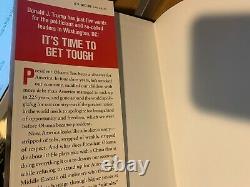 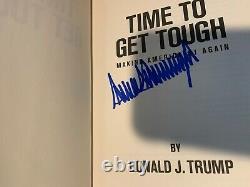 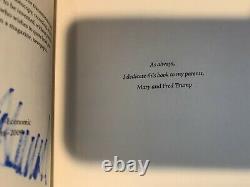 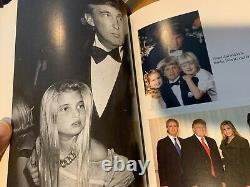 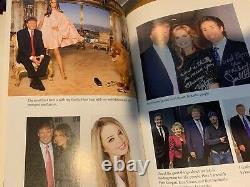 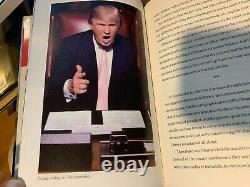 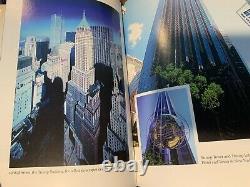 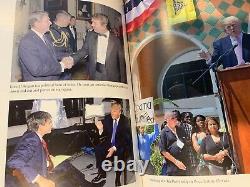 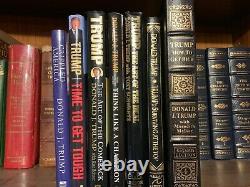 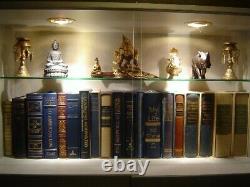 President Donald Trumps 2011 Book, Time to Get Tough: Making America #1 Again. The foreshadow of his presidential primary book Crippled America. 1 In this book, Trump begins his criticism of Obama.

This is a first edition book. This title was re-released in 2015 as Trump began his run for the presidency.

Its where Trump got the title Make America Great Again. 2 In this book, Trump talks about how President Obama has been a disaster for America.

The description is according to Trump, not my opinion. In his new blockbuster book, Time to Get Tough, Trump has the answers America has been looking for, an agenda for making America number one again, including. · How to put OPEC out of business. · How to create American jobs by forcing Communist China into truly fair trade.

· How to retire our debt without endangering long-established programslike Social Security, Medicare, and Medicaidthat millions of Americans depend on. · How to undo the fraud of Obamanomics and the disaster of Obamacare.

3 Of all the books Trump wrote, this is the most relevant to his job as president. 4 Trump candidly explains his views on a wide range of current topics and explains his views on topics like global-warming, the wars constantly being waged, Obamacare, how he wants to get America back to work. That he does not want to cut the world off from trading with the USA, he just wants fair-trade. This book really gives you a good impression about how Trump thinks and it allows you to understand better his actions, today. 5 Signature is beautiful, fully signed, flatsigned.

Excellent BRAND NEW copy of the book. Symbolic of the one book signing that he had done for this title. 6 For four years, Trumps penchant for division and chaos was the dominant force in American life. Modern American history has not seen his like: a showman President who held rapt the country he inflamed. 7 It would be bizarre to not include this book in a signed presidential book collection. No way should opinion of a president cloud ones collection.

Stocks should not be brought for companies you love. Should be bought for potential of rising prices.

8 Donald Trump was elected President in one of the biggest upsets in political history after a grueling campaign in 2016. 9 As Trump has become President, his books are necessary for any signed presidential collection. 10 Trump has become one of the most consequential presidents ever. With his confirmation of Amy Coney Barrett to the Supreme Trump has personally chosen one-third of the members of the nation's highest court and reshaped its ideology for decades to come.

Trump has appointed more Supreme Court justices in his first term than any president since Richard Nixon, who appointed 4 between 1969 and 1971. And that is in addition to the more than 200 appointments Trump has made to lower courts during his first term in office.

The item "President Donald Trump Signed Book Time to Get Tough" is in sale since Wednesday, December 16, 2020. This item is in the category "Collectibles\Autographs\Political\Presidential". The seller is "presidentsigned" and is located in Rego Park, New York. This item can be shipped worldwide.