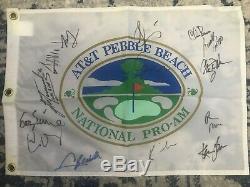 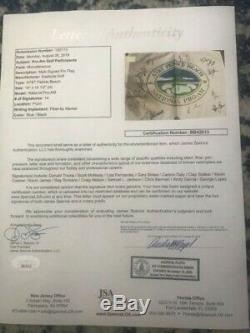 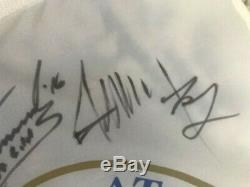 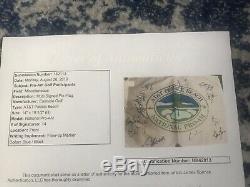 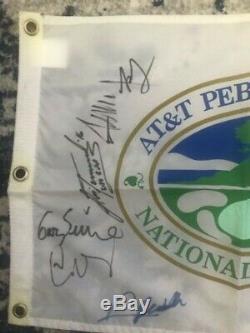 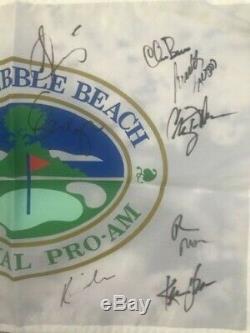 President Trump and the others signed this flag during the 2005 tournament. This item has been authenticated by James Spence Authenticated (JSA) with a full Letter of Authenticity.

In addition to President Trump, this flag has been signed by the following celebrities. Lisa Fernandez (Olympic Gold Medalist - Softball). Scott McNealy (former CEO of Sun Microsystems). I will include a legend showing where each signature is located on the flag. The JSA serial number is.