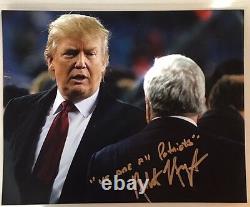 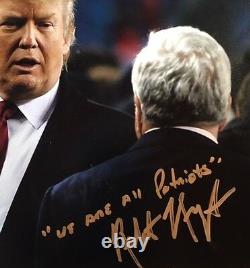 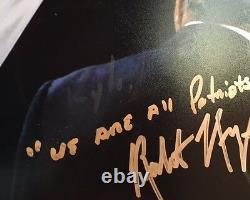 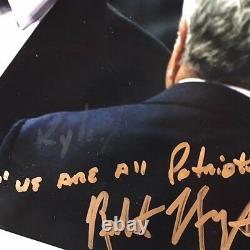 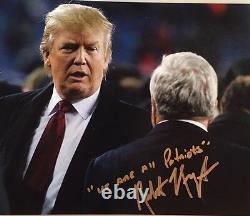 With sharpie - signed autographed "we are all Patriots". 8x10 photo of Robert Kraft, New England Patriots Owner. The photo is of him and President Donald J.

Both Kraft and Trump are billionaire businessmen who are great friends! This photo was signed in gold by Robet Kraft, and a personalization (to Kyle) was removed (it is somewhat noticeable from certain a angles). This is 100% authentic and was hand signed by Robert Kraft. The photograph is are hand signed by the celebrity. The signature has been applied to the photo by hand and that detail is actually noticeable.