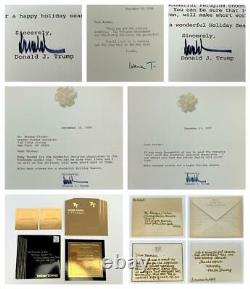 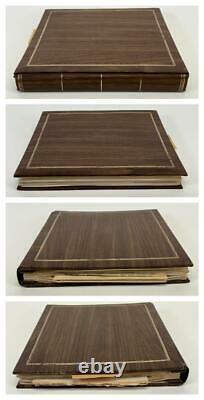 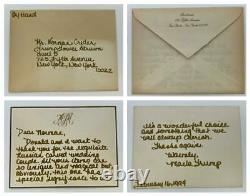 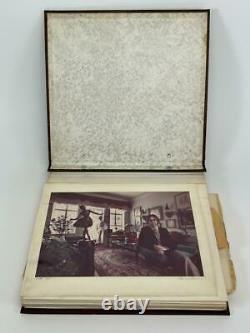 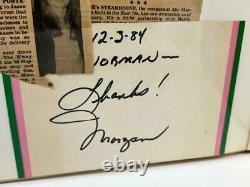 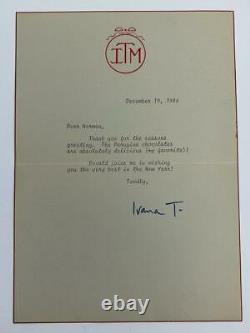 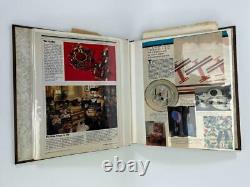 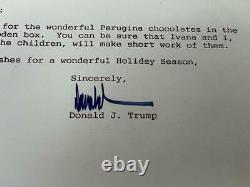 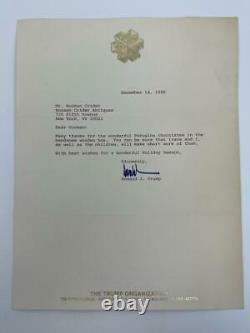 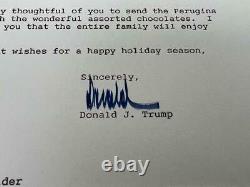 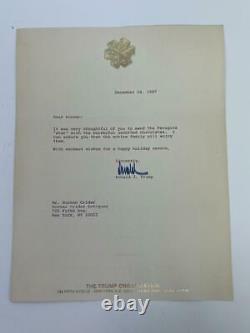 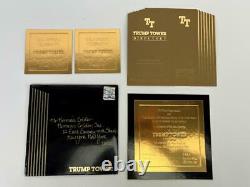 Trump+Ivana+Marla Maples AUTOGRAPH Letters Notes Ephemera Scrapbook. Today we are pleased to offer for sale a incredible collection of Donald Trump, Trump Tower, Trump Wives, and celebrity-related memorabilia compiled by his colorful and multi-talented friend and Trump Tower Tenant. This truly rare (one-of-a-kind) and unique collection comes from the estate of Norman Crider.

(August 29, 1938, in Lordsburg, New Mexico - August 19, 2009, in Indianapolis). This scrapbook features personal memorabilia, clippings, and celebrity signed notes, all lovingly collected and scrap-booked by Mr. Crider throughout the years in a binder. A bit of info on Norman Crider.

Norman Crider was a baton-twirling champion and proprietor of the Ballet Shop near Lincoln Center in New York. He also owned a gallery-bookshop on Madison Avenue where in 1977 he held an acclaimed exhibition on prima ballerina Anna Pavlova. In 1957 Crider performed with batons in an ice show at the Conrad Hilton Hotel in Chicago, at which time he began to study ballet. Two years later he developed a nightclub act combining ballet and baton-twirling which he took to Europe.

He taught twirling to French and Italian schoolchildren for the next eight years and was awarded the Order of Cultural Merit and Philanthropy by the French government. Besides the Ballet Shop, Crider founded the Antiques Center of America, on the East Side of Manhattan, and owned shops in the Trump Tower and La Boutique Fantasque at Rockefeller Center.

After the Ballet Shop closed in 1996, he opened a shop in Winter Park, Florida, which was located next to The Morse Museum of American Art, before moving to Indianapolis. Over the years his shops attracted rich and famous clients such as Greta Garbo, Paul Newman, Bette Midler, Morgan Fairchild, Barry Manilow, and Anthony Perkins, amongst others.

Norman was one of the original merchant tenants in Trump Tower, opening Norman Crider Antiques, located on terrace level D, and The Rose Tree, which focused on Russian Art. The Trump family were frequent shoppers.

The lot presents well and is in good vintage condition, with some wear, patina, and some toning commensurate with age. The binder has minor shelf wear. Please review all photos before purchasing. This is an incredible opportunity to acquire rare, provenance rich personal correspondence from President Trump, and his former wives, and his iconic home Trump Tower.

Truly unique pieces of history from the 1980's before this trailblazing businessman became our great President... Item(s) will be professionally packed to prevent damage in transit. Feel welcome to message us with further questions or requests for more images, and thank you for looking!

Your satisfaction is important to us. It will be our pleasure to leave you great feedback in return! (adjacent to I-95, exit 30, in historic Pawtucket, RI) is the highest volume antiques mall in the American Northeast! We are a magnet for rare and unusual items!

AUCTIONS are listed with NO RESERVES. Be sure to watch for periodic SALES and Price Reductions!

Thanks for looking and check back often! New Items are listed EVERY WEEK.

345 Fountain Street Pawtucket, RI 02860. Come visit us in Rhode Island, or find us on the web! Get images that make Supersized seem small. Showcase your items with Auctiva's. This item is in the category "Collectibles\Autographs\Political\Presidential".

The seller is "ri2u" and is located in this country: US. This item can be shipped to United States.