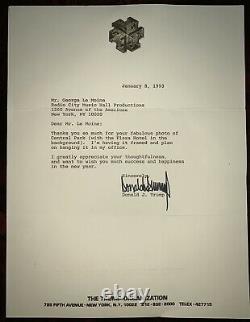 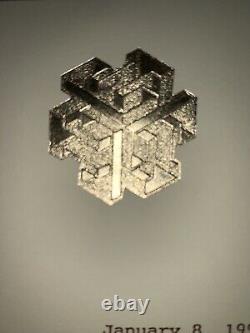 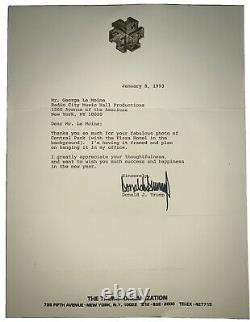 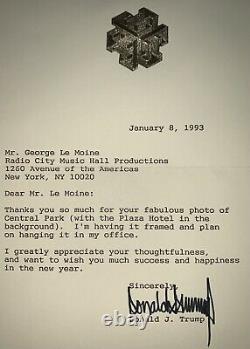 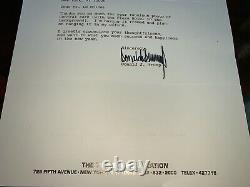 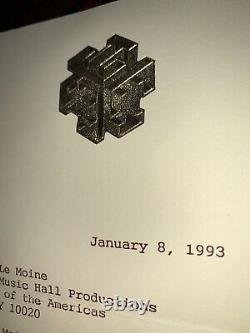 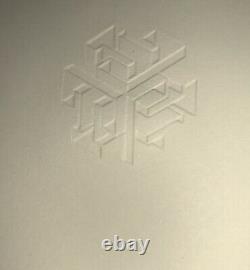 Donald Trump President Signed Letter Full Signature 1993 Embossed Logo President. From the collection of the late, legendary New York City photographer George LeMoine, is this RARE signed correspondence from Donald Trump. George was the house photographer for Radio City Music Hall for several decades, with his work being featured in some of the most revered art institutions in the world, including the Museum of Modern Art in New York City. He has also photographed Central Park, the Grammy Awards, and his adopted hometown of New York City. In late 1992, George sent Trump a photo he took of The Plaza Hotel (which Trump owned at the time) viewed from inside Central Park. Maybe, as per the letter dictates, it still hangs in Trump's office. The letter itself is in VERY GOOD condition. It is on official Trump Organization letterhead, embossed in gold with the Trump logo and Trump tower address, with a bold, black signature in Sharpie.