DONALD TRUMP Autographed Signed Book How To Get Rich US President 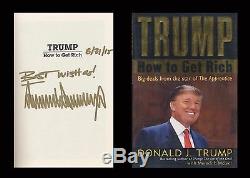 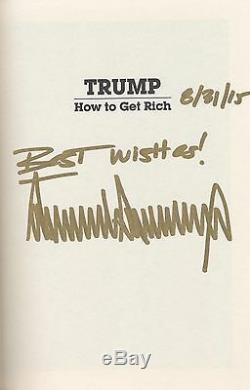 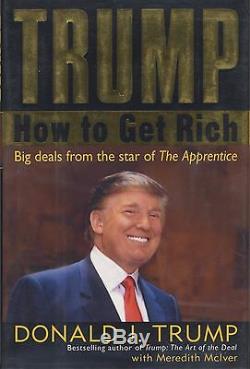 Real estate developer Donald John Trump was born June 14, 1946, in Queens, New York. In 1971 he became involved in large profitable building projects in Manhattan. He opened the Grand Hyatt in 1980, which made him the city's best known and most controversial developer.